One full year has passed since we have heard from Bachir Afonso, our dear friend and companion, who was the practical manager of ”Grupo de Saneamento de Bilibiza” in Cabo Delgado province in northern Mozambique. The 29th of January 2020, Bilibiza was attacked by resurgents from the north, burning half of the total of houses in Bilibiza. Most people of Bilibiza had fled to the woods by then. Late afternoon they came to the workshop of GSB, where Bachir still was present.
At 19.19 PM Henk Holtslag of the SMART Centre Group received an app-message in the Netherlands from Bachir Afonso saying:

“Cry for help. Armed men have entered Bilibiza and are burning from 5 PM till now. All schools were burnt. We no longer have a SMART centre. They are destroying Bilibiza!!”

This was the last we ever heard from him. So we fear for his life and probably also that from his wife. We have still some hope that he is still alive. 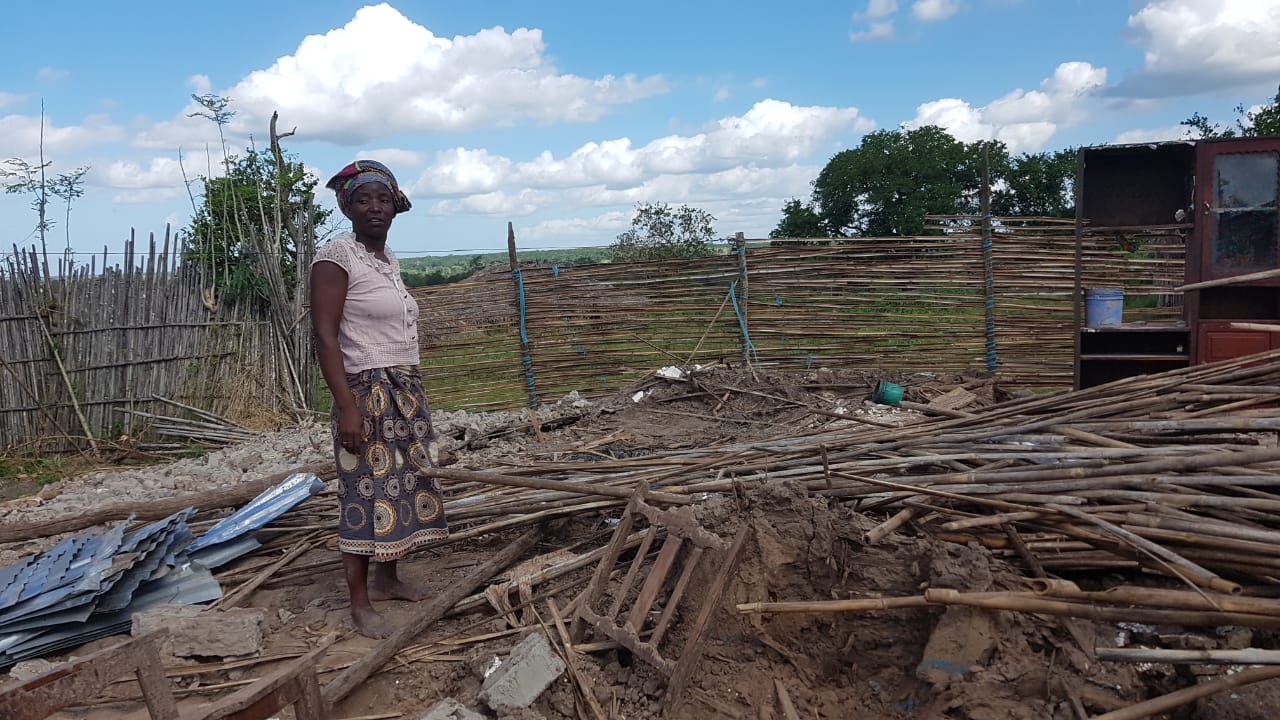 In Bilibiza, where the SMART centre is based, over 60% of the 600 houses were destroyed. Maize fields in lower areas were flooded and maize on the higher areas was destroyed by the strong winds.

Many of the wells and Rope pumps installed by the Centre were flooded. Also the SMART Centre was partly damaged but it was strong enough to host 20 families during the Cyclone. The Rope pump in front of the Centre survived and now provides water to 200 people. The SMART Centre and its manager Bachir Afonso provided help where possible, for instance with handing out Tulip table top filters for families to fight cholera outbreak and with Grifaid membrane water filters for use in shelters and health facilities. They also want to repair wells and provide seeds to grow food.

Any support is welcome.

GSB is trying the best to always use an integrated approach, that includes WASH, food security and renewable energies, to assist communities to meet their main challenges.
We strongly believe that with better water and sanitation conditions, people won’t get sick regularly (mainly with diarrhoea and cholera)  and their nutrients that are in general scarce will be kept in their bodies and the children will not suffer from malnutrition. And women’s workload with fetching water and wood, as well as taking care of the ill won’t be so heavy.

This Farmer’s Club was created by GSB with funds from Foundation MSM and a tube well with rope pump was provided for irrigation and drinking water.  After the project, 6 members (5 man and 1 women)  kept continually  producing vegetables for income and for their own family use. They are doing well. Last year they had a net income of about $ 5000,00 which has been divided between the  6 members.

Recently (November 2017)  trainers of  GSB SMART Centre trained 11 people from Tete and 6 from Chimoio.  The participants got hands-on training in manual drilling with the Muzuzu dril and in Rope Pump making.  3 wells were drilled and combined with a Rope pump. The training took place in Chimoio  and was organised for the organisation IDE, see  https://www.ideglobal.org/country/mozambique One of the three completed Wells with Hand Rope Pump installed, giving water for the first time.

In 2015, the GSB team drilled over 40 tube wells to 12 meters deep with the so called Mzuzu drill method. To make deeper wells the Arrakis trainer Henk Holtslag was in Bilibiza in March to train GSB staff in the so called SHIPO drill method.

With funds of the Japanese embassy, GSB constructed latrines in 20 schools in villages in Quissanga (February 2016).

The US based company Anadarko, who is active in the gas exploration in Northern Mozambique, supports Rural development in Cabo Delgado via GSB. Activities include training of 750 farmers via so called Farmer clubs, the promotion of latrines with the Santolic method (CLTS) and the construction of Chicken production farms. (September 2015)

In July 2015, the Italian Embassy in Mozambique supported the improvement of water and sanitation conditions in two primary schools, funding the construction of 4 latrines, the drilling of 2 tube wells and distribution of 300 tabletop water filters, improving children hygiene at school.